According to FORBES and The New York Times, Húsafell is Iceland’s hidden gem. 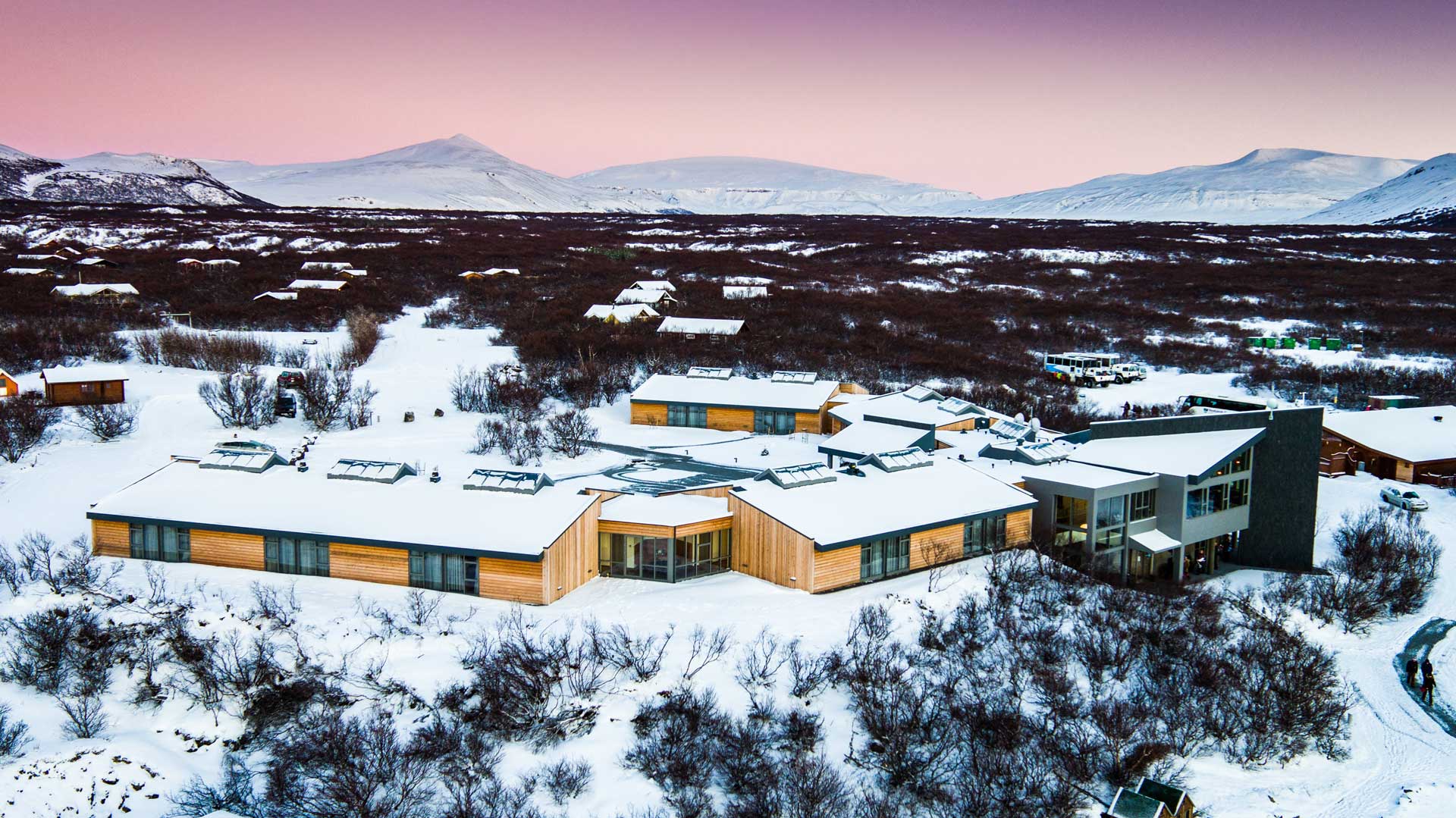 The word is out! According to publications like Forbes, The New York Times and Metro US, Húsafell in West Iceland is the place to be if you’re looking for fire and ice activities away from the tourist crowds.

From the modern comfort of 4-star Hotel Húsafell it’s easy to explore Iceland’s western wilderness adventures like the ice cave of Langjökull glacier, the otherworldly lava cave of Víðgelmir and the steamy spa indulgences at newly opened Krauma Nature Baths.

According to METRO US, “When you’re ready to ditch Iceland’s tour bus crowds, travel west from Reykjavík. It’s got all the natural wonders without the big groups.

The perfect home base for Western exploration is Hótel Húsafell — an eco-property set amid beautiful rugged scenery, featuring its own geothermal pools.”

FORBES magazine refers to Húsafell as Iceland’s hidden gem and suggests the remote nature area is an uncrowded alternative adventure destination to the island’s highly popular Golden Circle tourist route. -- “A backlash is brewing as hordes descend on Reykjavik and the Golden Circle, a roughly 190-mile loop due east of the capital.

Head west instead. A 90-minute drive from Reykjavik leads to Húsafell, a small, isolated community of holiday homes, right at the edge of the country’s uninhabited interior. This is where Icelanders escape city life and tourist throngs in Reykjavik.”

In their article Adventure Seekers Set Sights on Wild West Iceland, The New York Times praise Húsafell for its off-the-radar vibe: “In the valley of Iceland’s second-largest glacier — Húsafell feels off the beaten track, at least in comparison to the Icelandic tourist juggernauts that are the Golden Circle and the Blue Lagoon.

Within half an hour of Húsafell, there’s Hraunfossar “lava waterfalls,” Iceland’s largest lava cave and one of the biggest thermal springs in Europe. In May, Húsafell opened new hiking and mountain biking trails.”

Hotel Húsafell is in easy reach of Iceland’s most famous sites like Snaefellsnes Peninsula only two hours away with dramatic natural scenery made from fairy-tales, and Thingvellir National Park, only 45 minutes away and a UNESCO World Heritage site.

But perhaps more impressively, Húsafell is an adventure destination in itself located within 30 minutes of these emerging Iceland travel hot-spots:

Hotel Húsafell is the official departure point for Iceland’s newest attraction, Into the Glacier. Visitors embark on a 20 minute journey in a specially modified monster truck across Langjokull, Iceland’s second largest glacier. Deep beneath the ancient ice-cap visitors can explore the man made ice tunnel complete with LED light displays and an ice chapel for weddings.

Located 25 minutes from Hotel Húsafell in Borgarfjordur, Krauma is Iceland's newest geothermal bathing resort. The world-class wellness complex features two saunas, a tranquility space and five outdoor nature baths fed by Europe's highest flowing hot spring, Deildartunguhver. No chemicals are added to the water and the constant, rapid flow of the hot spring ensures the water's purity. Facilities include a changing room for 140 people, a gift shop and a restaurant.

Hotel Húsafell is the official departure point for The Cave tour which takes visitors to nearby Vidgelmir, the world’s largest lava cave. On a guided tour led by

Only six minutes from Hotel Húsafell you’ll find the mesmerizing Hraunfossar (Lava Waterfall) here in Borgarfjordur. Hot only is Hraunfossar the photogenic in Iceland but it possess a remarkable natural phenomenon as well. The water seems to magically shimmer out from the lava but in reality the falls are fed by a clear cold spring that originates from nearby Langjokull glacier.

So what are you waiting for? We hope to see you out here in Iceland’s wild, wild, West! We’ll be dusting off the glaciers and cueing the Northern Lights. 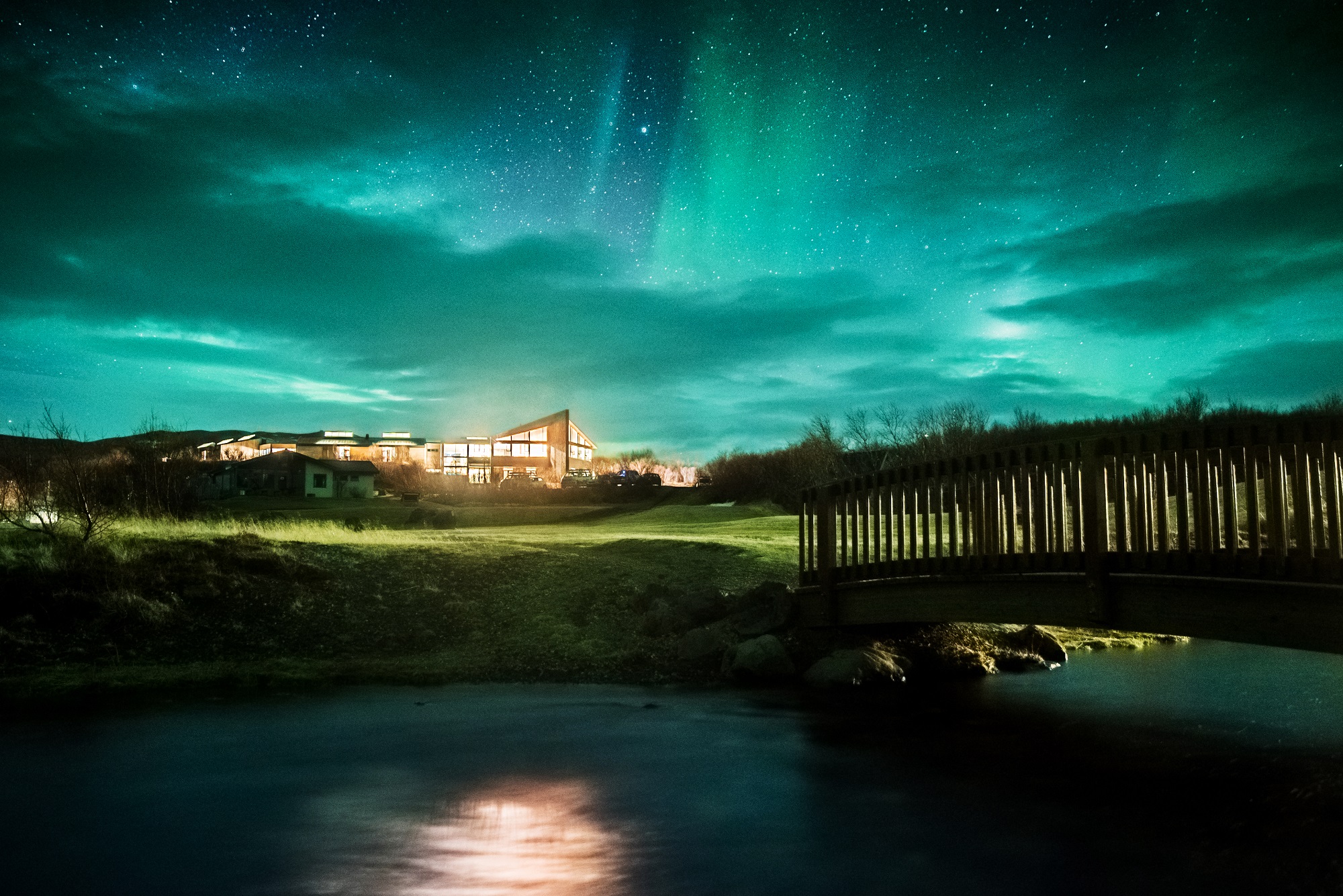 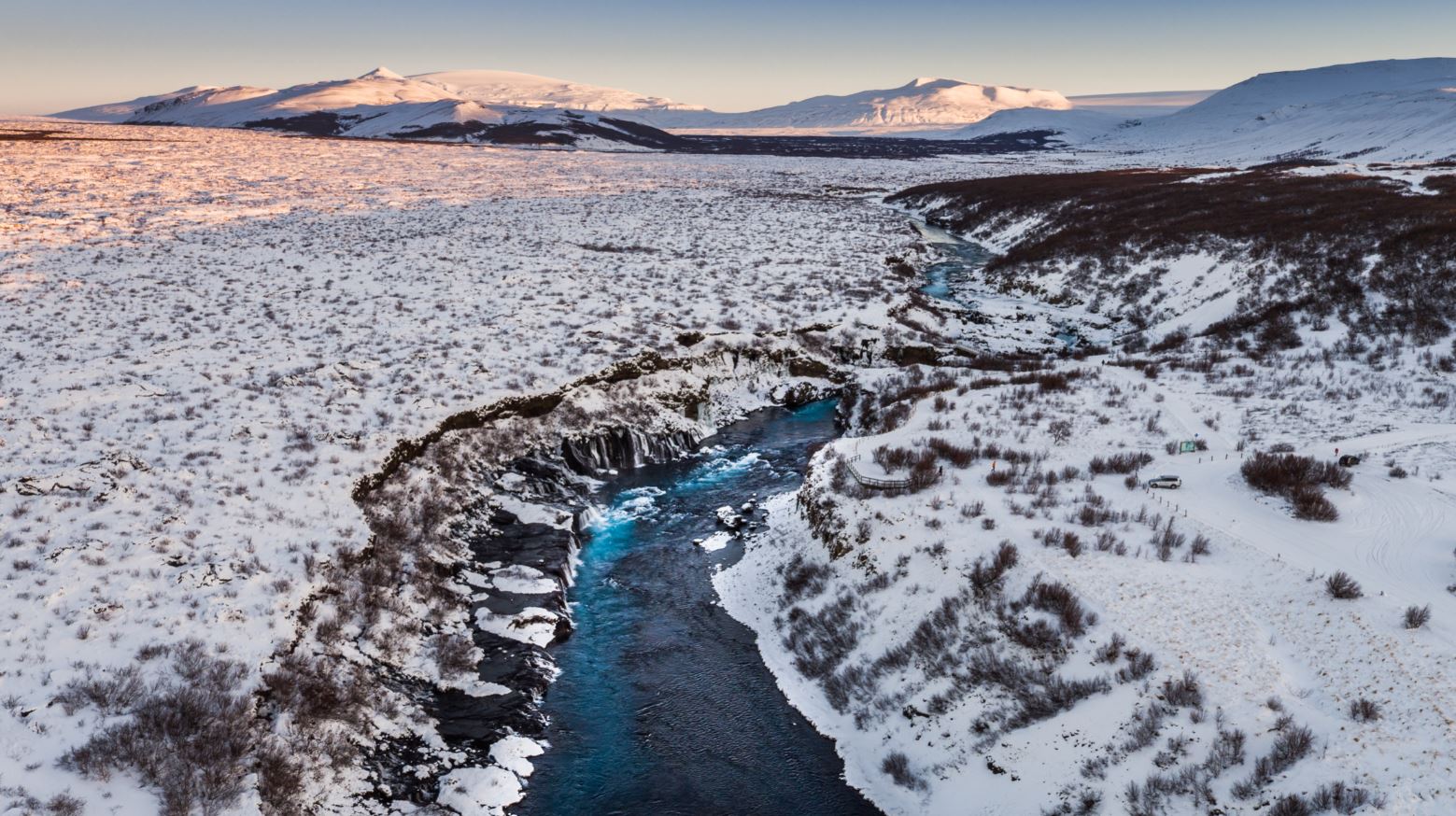 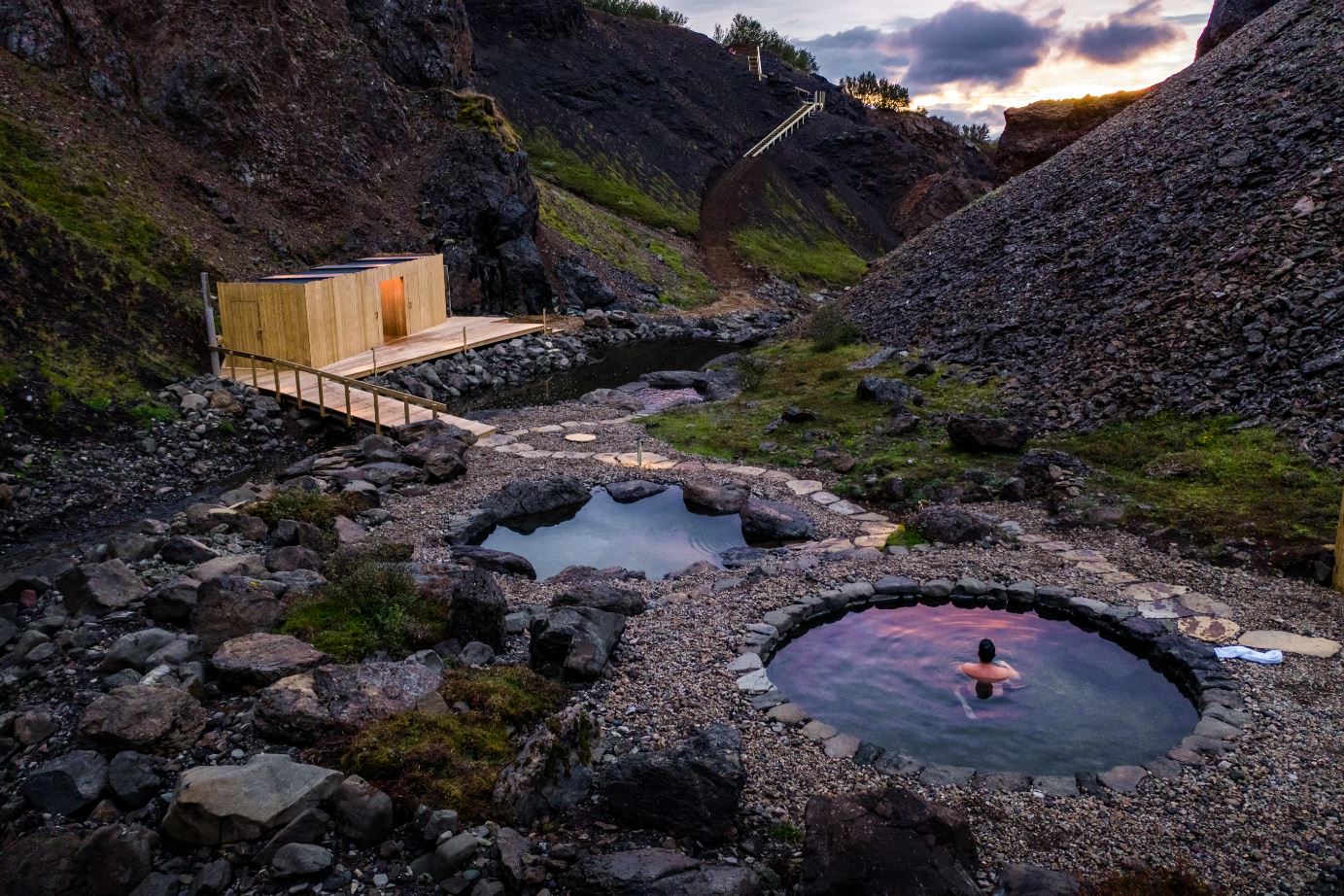 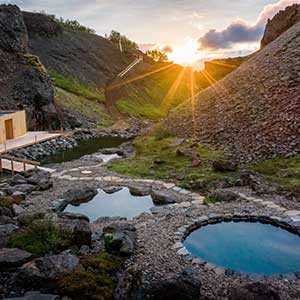 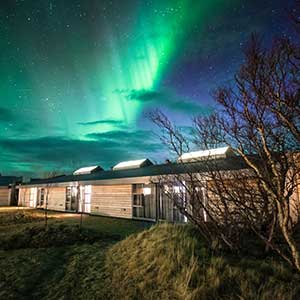 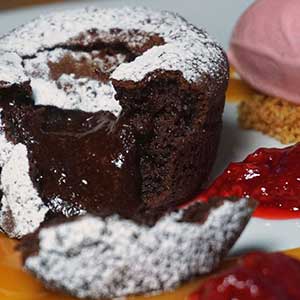